Sobur will cure your hangover, and reverse the negative effects that a big night of drinking can have on your body. To find out how we made a pill that is improving the lives of people all over the world and finally banishing the pesky hangover, read our FAQ.

To hear from some of our happy customers and see some real-life case studies, check out these testimonials and reviews: 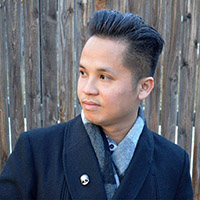 I have used quite a few hangover remedies and these actually work! Be aware that they are not making false claims that it completely cures you, no matter how much you drink. Any remedy that claims that is false. If you decide to drink a tub full of Vodka, you will die, and no pill can cure that headache or bring you back from the dead. Sobur is honest and says that you will be more “clear-headed” than usual.

I find myself able to function normally with mild fuzziness, which is amazing compared to being nauseated, dizzy, and fatigued. The last time I entered a drinking contest, I took this pill before bed, and was able to fly [a simulator] Boeing 787 with 200 passengers safely from NY to LA. We didn’t make it to LA and I don’t remember what airport we landed at exactly, but the passengers were safe. Cheers!

Tried Sobur after reading very positive reviews and the product delivered. I was surprised at how I woke up the next day without the typical brain fog. 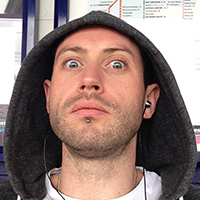 Amazing stuff, didn’t expect it to actually work all that noticeably. I have used like a break-glass-in-emergency situation a few times and it worked wonders. 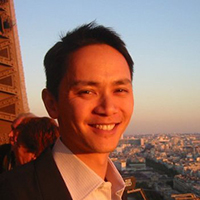 Absolutely works! No side effects either – took it with a full glass of water after having several (dozen) beverages the night prior and within 3-4 hours I felt 100% back to normal, minus my credit card bill.

Sobur works (very) well for me. In fact I used it just this past weekend after celebrating at an engagement party in Baltimore. We stayed out very late and I took 2 Sobur before going to bed at the hotel. I woke up Saturday morning feeling much better than I normally would after that many drinks the night before. I have another party coming up a couple weeks that Sobur will certainly come in handy for as well. Thanks for making a great product. Remember that time you went to Vegas with your boys and you had the time of your life? I mean, it was seriously, some movie-level shit. One friend stole a tiger. Another one married a Vegas-style professional dancer. Another one fell asleep on the roof…

Alright. Alright. That is technically the Hangover. However, if the boys would have taken Sobur before bed, or the next morning, the movie would have been 20 minutes long. That’s because if Bradly Cooper and company really cared about finding Doug, they would have taken a Sobur pill to get rid of any groggy, hungover feelings alcohol hands out.

I had an opportunity to test out the samples Sobur gifted me with about a week ago. I forgot to take them before bed but I did take them in the morning after I awoke. The headache that planned on spending all day with me was canceled. I only took one pill but within 30 minutes I was feeling like myself and ready for another round. I recommend the next time you go out, or sit depressed by yourself, take two of Sobur’s hangover remedy pills. Work used to be pretty much impossible after an evening out. After popping a few of these pills before going to bed I wake up feeling fine, my energy levels are normal and there is non of the usual brain fog. Sobur is the bee’s knees! 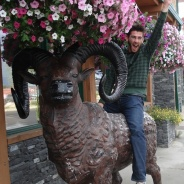 After penis enlargement pills, the ‘hangover cure‘ space has to be one of the most controversial health product areas out there…

After thoroughly checking out all the Sobur info (from the FAQs down to their manufacturing certifications) I was re-assured that:

I’m glad to report that not only did I not die, I am actually confident that they work!

I banished terrible hangovers several years ago just by learning to drink a lot of water, but I definitely tend to feel sluggish the morning after. These pills seem quite effective at removing that, and I was very surprised to find they do seem to noticeably increase alertness shortly (less than 30mins) after taking them. Unlike caffeine, they don’t then keep you up all night…

I’m not generally one for alternative remedies, and like I said, I was particularly skeptical of these. But last night I used the pills from my 20 pack and today I happily put my money down and ordered some more online.

Obviously this is a sample-size-of-one anecdotal report, but if you’re at all curious it’s definitely worth trying out.

Note: I’ve met one of the companies owners a few times but have no stake in the business. I’m posting this purely out of appreciation for a surprisingly good product which I think anyone who occasionally has a big night of drinks and regrets it the next day would be interested in. Sobur has helped me avoid wicked hangovers on several occasions, and for that I’m very thankful. There’s a certain subtle joy to not feeling like total shit when you wake up. This stuff has earned a permanent place in my medicine cabinet.

Great product. Couple of these before bed after a heavy night & I wake up completely hangover free!!

I tried Sobur before and it really worked, I’m 40 so the hangovers now are banging!!! After taking Sobur I’m now able to get up after a Saturday night on the sauce and head back down the boozer again to watch all the footie on Super Sunday!!!!

So I got drunk last night and thought I’d give them a go. I only had one, about half an hour before sleep with plenty of water and it’s now 9:30am, I’m at work and I feel just fine. I should be hungover right now.

This is miracle s&%t. And I only had one!

I got my sobur last weekend. I have 3 left today because I have been sharing them around some very grateful friends. This stuff is great.

I usually have god awful hang overs (nausea mainly), I was beautifully fresh the day after some brutal drinking. Much to the disdain of my friends who I am quite happy to keep in the dark over my new magical hangover beating powers. Maybe I will tell them next time…

This s$%t owns by the way for anyone on the fence. I suppose it varies per person, but for me personally, it’s been great. The first night I intended to use this, I was telling my friends I was drinking for science as I had planned to test these later. Felt great in the morning despite drinking enough to kill a water buffalo.

I think maybe the only downside is it may actually encourage me to binge drink, since hey… you’ll be fine tomorrow!

I don’t like to get really drunk (massive lightweight) but I really love good quality vodka and whiskey. Popped one just after my first double whiskey, and eight drinks later I barely felt a thing! My head was clear and balance perfect, woke up with only a dry mouth!

I drank a respectable amount of scotch last night and let me tell you.. this is f*#@~%g incredible. Barely even had a headache this morning. Sobur, you’re a goddamn saint.

Tried some of this out of curiosity, and haven’t looked back. I had a tablet of it with water right before bed after a very heavy drinking session. The next morning, I woke up, sleepy, remembering how many drinks I had put away. Then I realised – I felt fine! Just steady, solid, and my stomach felt good. No headache. A little tired, sure, but if it wasn’t for my breath you wouldn’t know I’d been drinking!

I had a pretty major bender (crappy, stressful night, long story). I had 2 beers, 3 long islands, two vodka sours, couple of shots, probably more I’m forgetting. Pounded ONE pill with a mouthful of diet coke and fell into bed. 3.5 hours later I woke up for work and aside from being holy s#*t tired and a tiny bit of queasy I felt perfectly fine. If a normal hangover was a 10 on the Feel S#%tty scale I was probably at a 2. I was completely dumbfounded. I’ve drank WAY less than that, got equal amounts of sleep, and felt like you would expect.

Just wanted to say that these things are amazing. I put them to the test while on a business trip to Vegas and they worked perfectly. My bosses were amazed that I was so functional in the morning after the amount I drank. I literally felt nothing, not a headache, nausea, dizziness or groggy! These pills are insane

Interested in sharing your experiences with Sobur? We’re interested in hearing all feedback (we try to share all testimonials here, and use any other feedback to improve the quality of our product. It’s allowed us to create the great product we have now, so don’t hold back 🙂