WONDERING IF SOBUR WORKS? WE OFFER A 100% MONEYBACK GUARANTEE

WE ASKED PREVIOUS CUSTOMERS: DID SOBUR GET RID OF YOUR HANGOVERS?

I have used quite a few hangover remedies and these actually work. Sobur says that you will be more "clear-headed" than usual. I find myself able to function normally with mild fuzziness, which is amazing compared to being nauseated, dizzy, and fatigued. Cheers!

These hangover pills seem quite effective at removing terrible hangovers, and I was very surprised to find they do seem to noticeably increase alertness shortly (less than 30mins) after taking them. Unlike caffeine they don't then keep you up all night...

I was really impressed with Sobur hangover pills, I purchased for a weekend away & was very pleased with the results. Hangover free after a night out with my friends.

Work used to be pretty much impossible after an evening out. After popping a few of these pills before going to bed I wake up feeling fine, my energy levels are normal and there is none of the usual brain fog. Sobur is the bee's knees!

View all of our customer reviews... 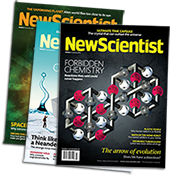 "Dihydromyricetin (DHM) will reduce the degree of drunkenness for the amount of alcohol drunk and will definitely reduce the hangover symptoms"
Dr Jing Liang, New Scientist Magazine, January 2012 Issue

Would you like to never suffer another hangover? Get Sobur Today 100% Banish Hangovers or Your Money Back Guarantee

HANGOVERS ARE NOW A THING OF THE PAST

HOW DOES SOBUR CURE HANGOVERS?

The natural ingredients contained within Sobur combine to help your body process alcohol quicker, protect your liver, and bring the chemicals in your brain back to regular (sober) levels.

To prevent a hangover using Sobur, take 1-2 capsules before bed with plenty of water. The herbal extract Dihydromyricetin (DHM), the main ingredient in Sobur, works as a potent anti-oxidant and lowers the amount of GABA in the brain, a neurotransmitter that alcohol increases drastically. A flood of the inhibitory neurotransmitter GABA causes communication between neurons in the brain to slow down, decreasing cognition, fine motor skills, judgement, and inhibitions.

Dihydromyricetin, also known as Ampelopsin, is the active ingredient in Sobur that essentially removes the brain fog that excessive alcohol consumption causes. The N-Acetyl L-Carnitine (NAC), Vitamin C and Vitamin B combination work to detoxify the liver, destroy nasty toxins left behind after alcohol consumption and restore vital nutrients and minerals in the body, getting you back into prime form the day after a big night of drinking.

WHAT CAUSES HANGOVERS IN THE FIRST PLACE?

It is strange and surprising to learn that for such a common problem, the underlying cause of hangovers is still unknown. Because little has been determined about how hangovers are triggered, scientists have never really been able to develop a successful hangover cure.

In the thousands of alcohol-related science articles produced over the past few decades, hangovers have never really been looked into thoroughly. Even now, we are not fully aware how alcohol works in the brain. Due to a lack of substantial research and inaccurate facts, scientists have been unable to pinpoint all of the properties of alcohol, including how it creates drunkenness and hangovers. Many theories have been posed as to the cause of hangovers, but none have been able to substantiate their claims with strong evidence or proven facts.

WHY MOST COMMON KNOWLEDGE ABOUT HANGOVERS IS FLAT OUT WRONG!

Dehydration
It's not unreasonable to assume that dehydration is a cause of hangovers, it is commonly-accepted knowledge among scientists and drinkers alike. Alcohol suppresses the antidiuretic hormone vasopressin, which inhibits an excessive amount of urination. Similarly, when you are consuming alcohol, you are more than likely not drinking a lot of water.

However, scientists have found that in dehydrated people with hangovers, electrolyte levels are not substantially different from baseline controls, and when they are, they are not correlated with the severity of the hangover.

Acetaldehyde
Another common and understandable suggestion is that hangovers are caused by acetaldehyde, a remarkably toxic byproduct of ethanol breakdown in the body. Acetaldehyde is about 10-to-30 times more toxic than alcohol itself! However, this chemical compound cannot be the reason for hangovers, as hangover symptoms actually severely worsen when the body’s acetaldehyde levels are low. Acetaldehyde is not present during hangovers, so it is difficult to substantiate the claim that it is the underlying cause of hangovers when no traces of it can be found.

Low Blood Sugar
It would make sense to think that low blood sugar plays a part in hangovers, given the facts. Although dehydration itself does not cause hangovers, it does force glucose levels to drop. As a result, the body —now low in glucose— draws energy from other sources, which may cause hangover-like symptoms. The solution would be very simple if low blood sugar were truly the cause of hangovers; all that would be needed is the administering of glucose and fructose (though it helps, a bottle of Gatorade is not the best hangover cure on it's own). It turns out that high blood pressure is the more probable factor as a cause of hangovers. The consumption of ethanol accompanied with glucose actually heightens lactate levels, and one study shows that hangovers are made worse by the presence of lactate.

The AHRG/Alcohol Hangover Research Group
A group of scientists who dubbed themselves the Alcohol Hangover Research Group has set out to prove that most of the information we currently have about hangovers is inaccurate. This collective was formed after an informal gathering in 2009. For five years, they have been releasing their research findings, arguing that all of the prevailing evidence of hangover causes is either untrue or unproven. Regardless of all of the common misconceptions, the AHRG has succeeded in discovering some facts that prove promising for the advancement of knowledge about alcohol consumption and its relation to hangovers. For instance, they have researched and found that a blood alcohol concentration of above 0.10% will almost always result in a hangover the following day. After 12 to 14 hours have passed, hangover symptoms will peak and the blood alcohol concentration level will return to being at or near zero.

HANGOVERS ARE AN INFLAMMATORY RESPONSE

The AHRG researchers have come to develop a theory about the underlying cause of hangovers; they believe that hangovers are an inflammatory response, similar to how our bodies react when we get an infection.

HOW ALCOHOL & HANGOVERS AFFECT THE BODY

Shortly after your first sip, alcohol reaches the stomach. Ethanol, traditional alcohol's chemical name, is a very small molecule, small enough for some to pass straight through the stomach lining hitting the blood stream within a couple of minutes. Depending on the contents of the stomach, around 20% of alcohol drunk is absorbed this way. High protein foods take longer to digest and drinking soon after eating a meat dish, for example, slows the digestion and limits uptake of alcohol through the walls of the stomach [1].

The remaining 80% is absorbed through the small intestine, reaching the blood stream in about an hour. This two-tiered absorption is how intoxication can creep up on people, particularly if they drink very quickly.

Once in the bloodstream, alcohol widens the blood vessels causing flushing [2], a warm feeling, and a temporary drop in blood pressure [3]. Alcohol is metabolised by the liver, which breaks it down into acetaldehyde and acetic acid -- two toxic substances the body doesn't deal with well [4]. These are especially hard on the liver which isn't especially efficient at the activity and can only process -- and rid the body of -- one unit of alcohol every 40-60 minutes [5].

Alcohol is a diuretic which makes you need to urinate greater quantities and more often, but also acts to suppress vasopressin, the hormone responsible for preserving minimum levels of water throughout your body and curbing your need to pee when you're dehydrated [6]. When alcohol stops vasopressin from being released by the pituitary gland, the diuretic action of the alcohol isn't stopped by our kidneys which usually reabsorb liquids, making us expel water in an attempt to excrete the toxic metabolites until we're extremely dehydrated. There is little that can be done about this aspect of alcohol metabolism except to drink plenty of (non-alcoholic) fluids between and after each unit of alcohol.

Gaba is the inhibitory neurotransmitter in the brain, produced naturally to control the speed of communication between neurones [7].

After circulating alcohol in the blood reaches the brain, the ethanol molecules bind to gaba receptors, increasing the amount of gaba present in the brain [8]. This starts to slow down the brain's processing ability, delaying signals from the nervous system, slowing thinking, judgement, movement, and even breathing.

If too much gaba is produced, the brain's processing speed slows to a crawl and memory is impaired enough that the drinker can black out [9].

This is where Sobur comes in. The natural ingredients have been shown to increase metabolism of alcohol, support the liver, and lower gaba, improving brain and nerve functioning, re-establishing coherence, coordination, and dignity within an hour.

Taken after a night out before bed, Sobur hangover pills will leave you feeling a million pounds the morning after.

The team at Sobur strives to produce a quality herbal supplement that effectively banishes hangovers as well as removing all doubts for our honest customers. That's why we offer a 100% money back guarantee and guaranteed flat-rate shipping to anywhere in the world. It's also why Sobur is the best rated hangover cure available, just see what all of our hangover free customers have to say about Sobur and its results!

GREATEST HITS FROM THE SOBUR BLOG

Stories about hangovers (and hangover cures), alcohol, parties, industry news & science from 'the hangover guys' at Sobur. View all stories » 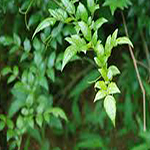 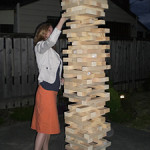 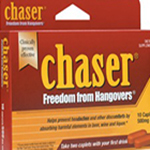 Want To Buy Chaser Plus Pill? 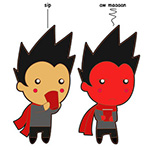